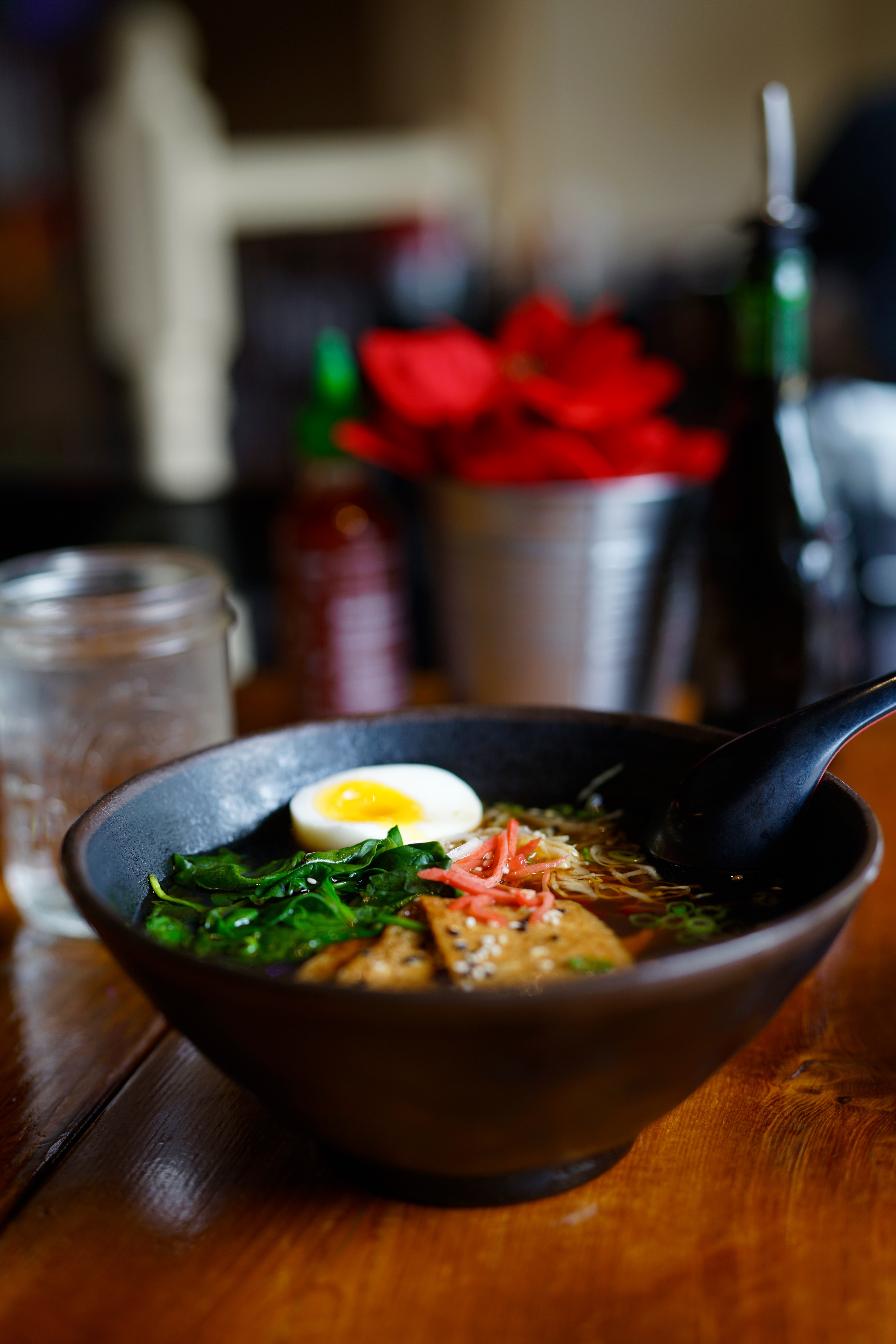 Resident Foodies say: We finally made it over to Four Belly, which touts itself as selling Asian street food. Today, we had the veggie shuyu ramen, with veggie broth | soy sauce | spinach | menma bamboo | cabbage | scallion | nitamago egg | red pickled ginger. It was tasty! What we loved most was how many ramen noodles were served in the bowl. It was practically the entire bowl! Very thin ramen strands, but a ton of them. It’s the most filling and satisfying bowl of ramen we’ve had in Chicago.

We also had the grilled sweet corn served in house coconut milk. It was yummy, though probably not as good as the one at Sunda restaurant. That’s more of a fine dining place, though, while Four Belly is at a much cheaper price point. 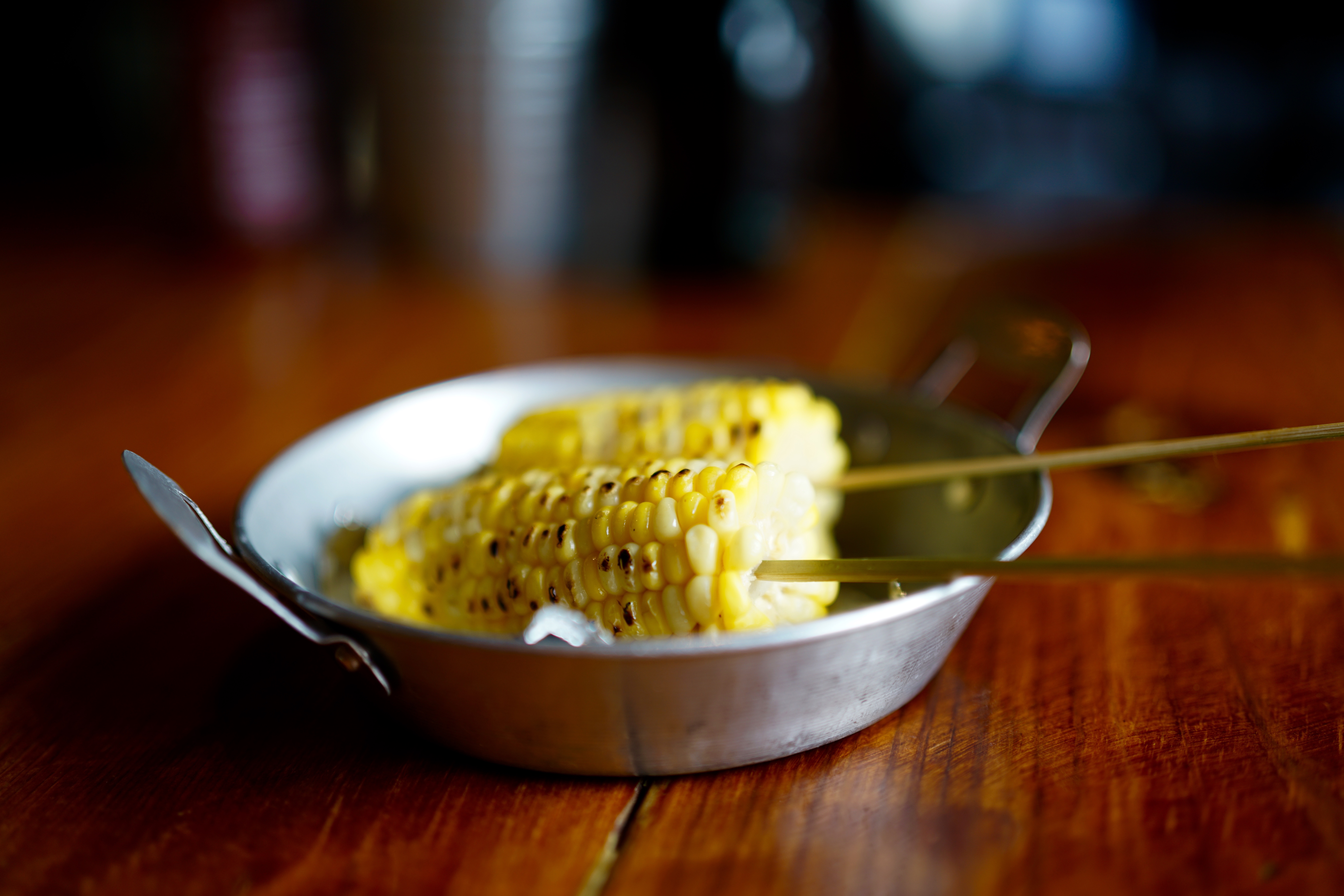 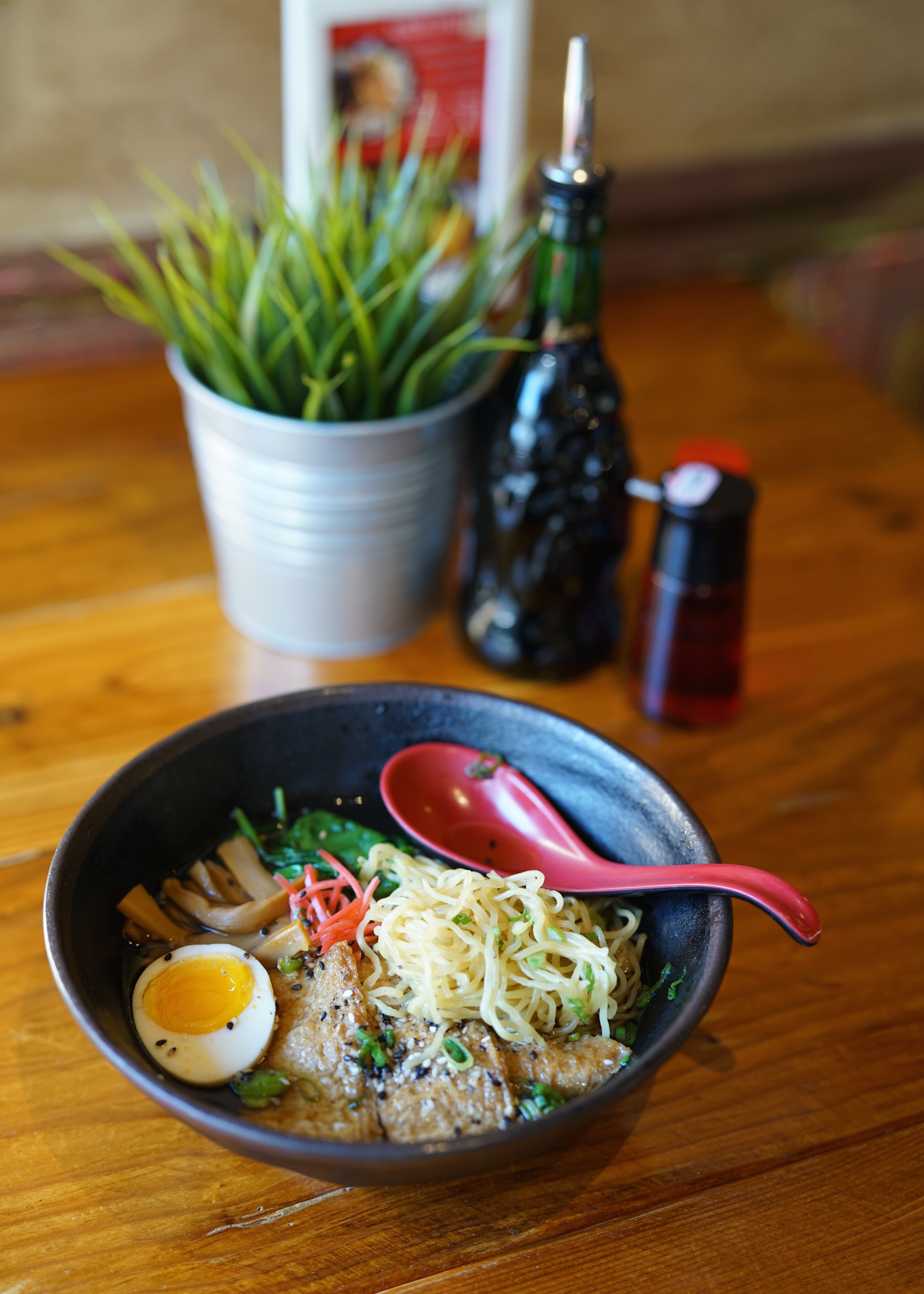