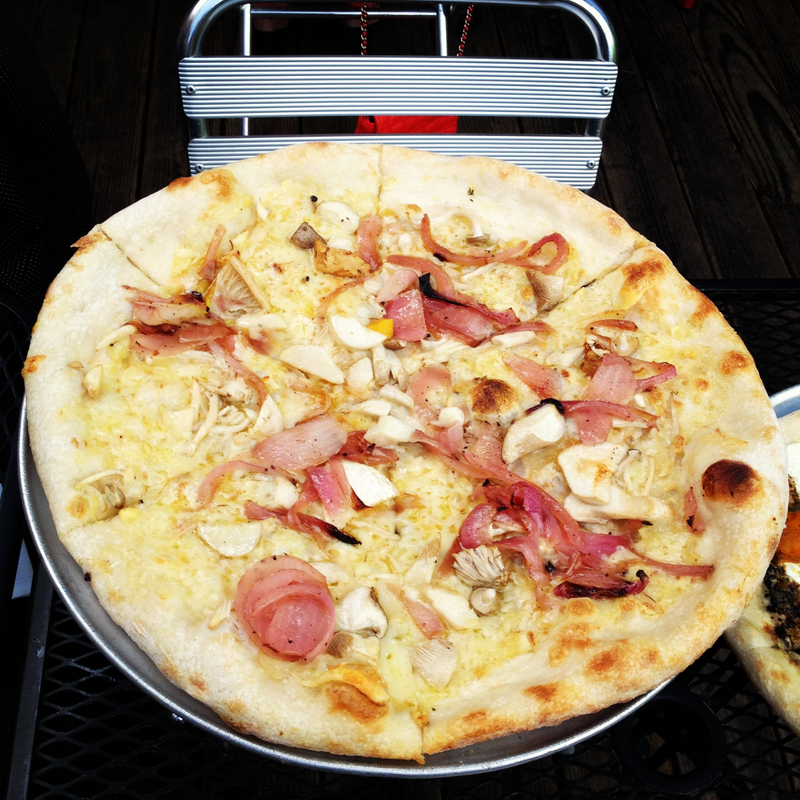 Resident Foodies say: Continuing our post on Starbelly in the Castro, the second pizza we had was the pizza with market mushrooms, cave aged gruyère, thyme & roasted onions. The butternut squash pizza really wowed us (click here for the review), but the mushroom pizza was a nice complement to our meal. 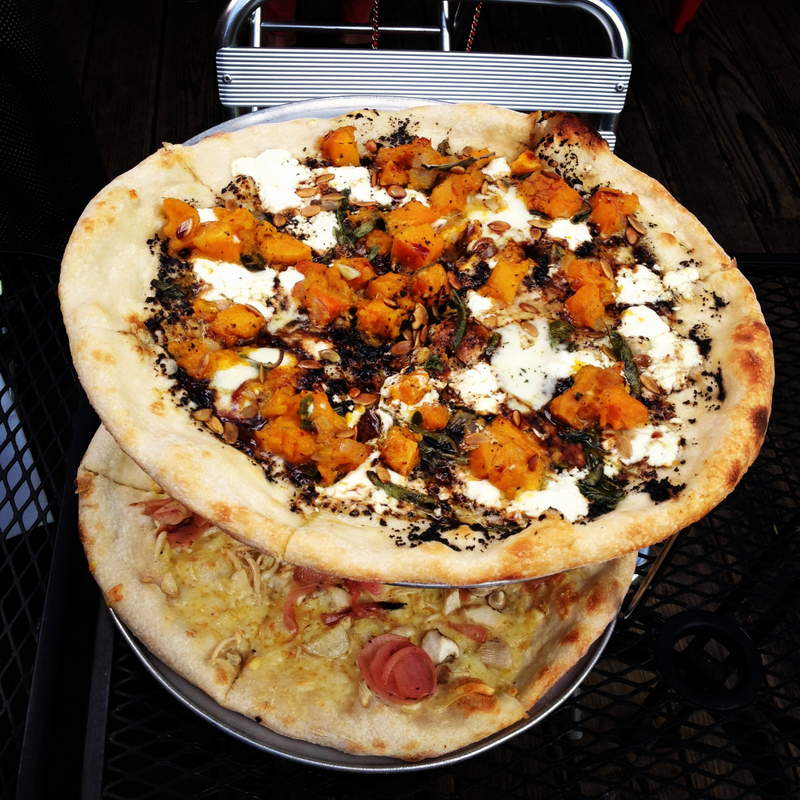 Resident Foodies say: We had a delightful lunch today at Starbelly in the Castro in San Francisco. We ordered two pizzas, which are displayed in the clever double-decker rack above. The top pizza is a seasonal dish: a pizza with roasted butternut squash, black garlic, local goat cheese, sage & pumpkin seeds. (We’ll talk about the bottom pizza in another post. If you’re wondering, it was the pizza with market mushrooms, cave aged gruyère, thyme & roasted onions.)

Resident Foodies say: It’s the two year anniversary of our first pilgrimage to Thomas Keller’s The French Laundry in Yountville, California, currently one of only two 3-Michelin starred restaurants in the Bay Area. To our chagrin, we found the food to be mediocre that weekend and the service even worse–after waiting for 1 hour after being seated to receiving one morsel of food or bread. C’mon, kitchen, it’s not that difficult. Click here for our 2010 review of French Laundry.

Later, someone on the inside advised us that the reason The French Laundry may have been so bad on that July 4th weekend was that Chef Corey Lee had left to start his new restaurant Benu. Lee was the former Chef de Cuisine at French Laundry, and his departure left the kitchen at The French Laundry in transition–read: utter disarray-at the time.

Well, this past weekend we decided to try out Chef Lee’s Benu in San Francisco on the 2 year anniversary of our dismal food weekend at French Laundry. Happily, the experience we had at Benu was fantastic. We all were blown away by the creativity and taste of the 18 plates in the food tasting. There’s no surprise that Food and Wine Magazine named Lee (35 years old) one of the best new chefs of the year.

Each plating was visually beautiful. And the flavors were amazing, with an unbelievable crescendo building up all the way through the dessert. After several wonderful dishes, we did not think Chef Lee could top the last dish, but Lee kept proving us wrong. Each dish in the 18 courses kept amazing us with the creativity and distinctive flavors. Based on a head to head comparison, we believe that the young upstart Benu is already better–in terms of plating, creativity, and taste–than the old vanguard The French Laundry. It will only be a matter of time before Benu claims its third Michelin star, and The French Laundry quite possibly loses one. Benu is on the cutting edge of culinary creativity. Chef Lee deserves all the accolades he is now receiving. Bravo, Benu! 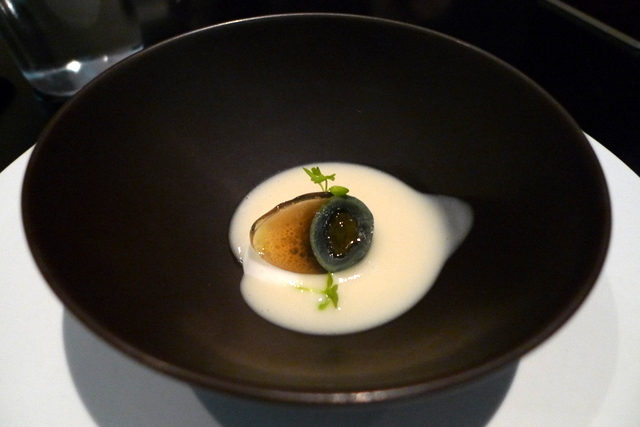 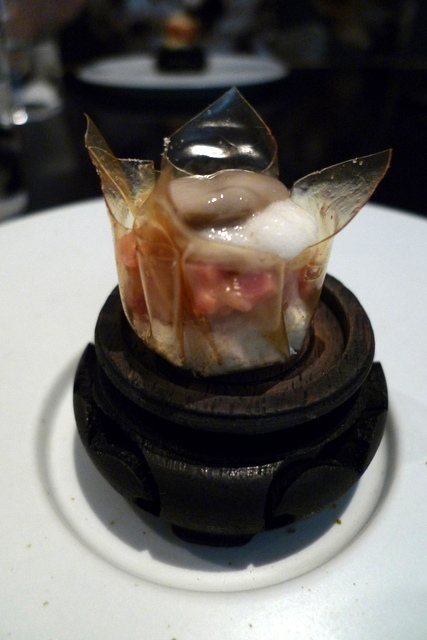 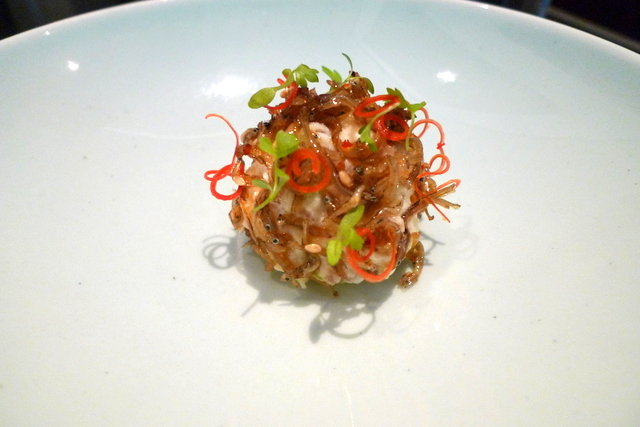 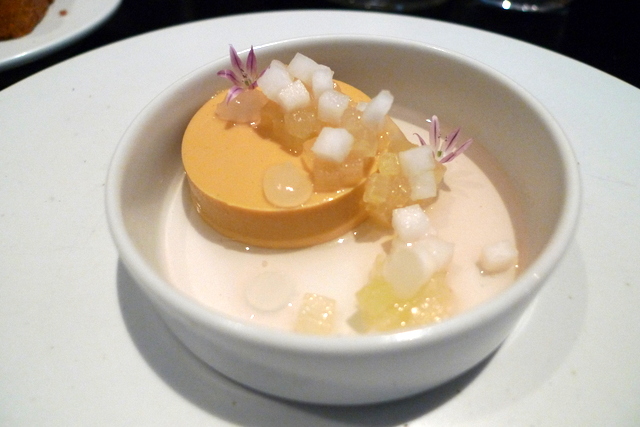 brioche for dish above 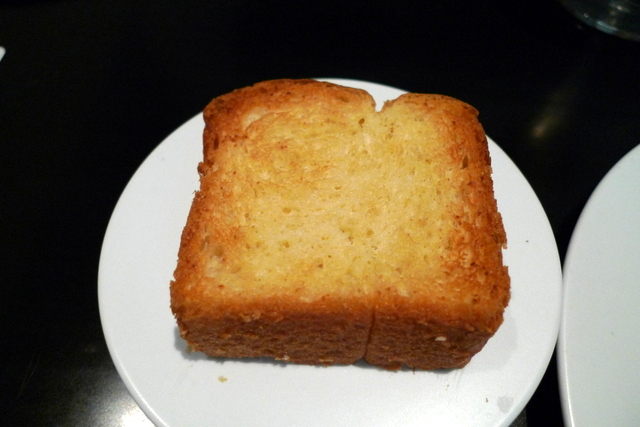 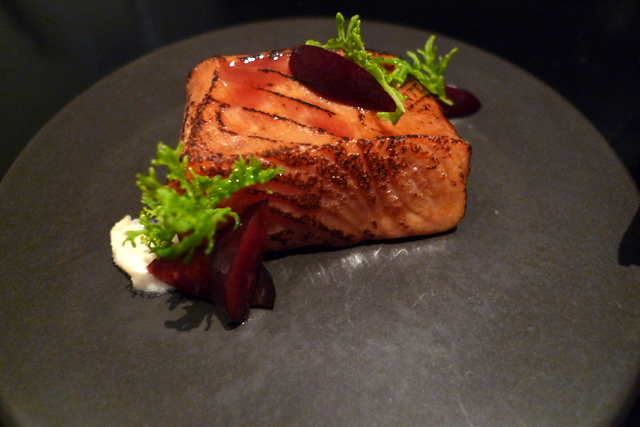 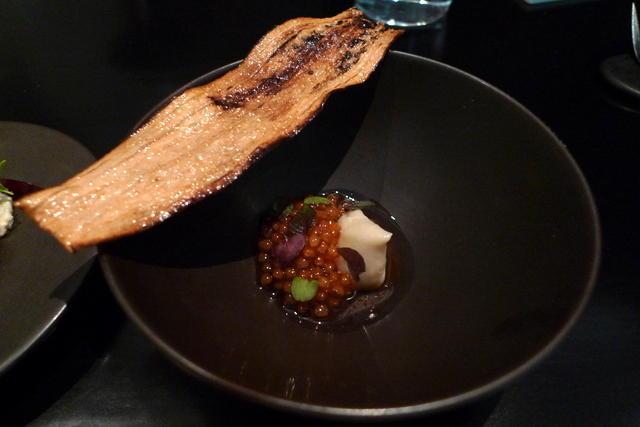 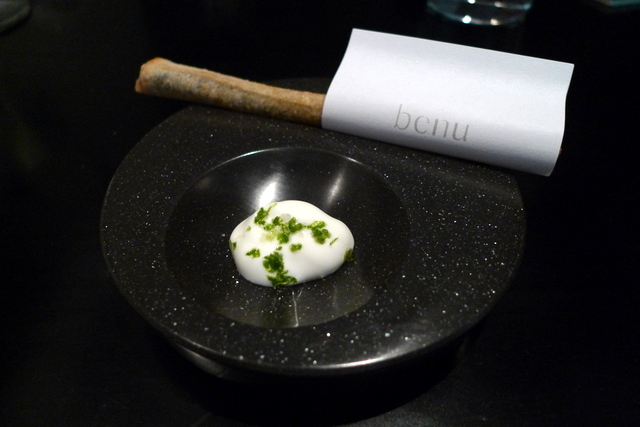 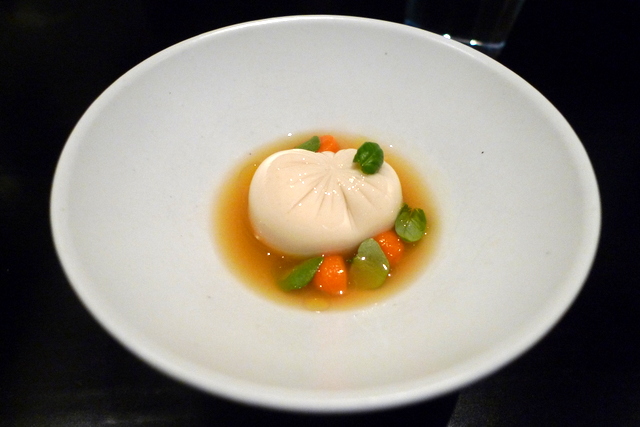 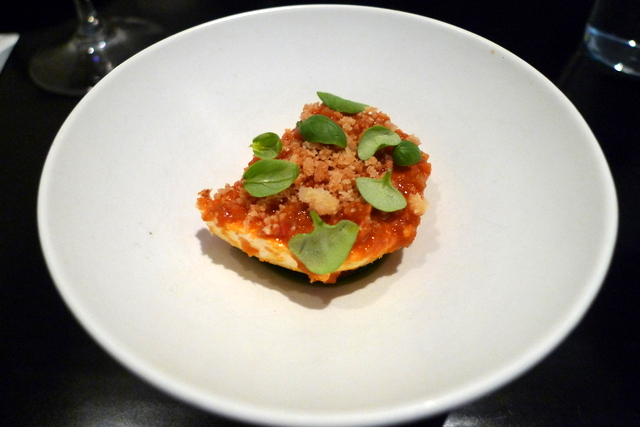 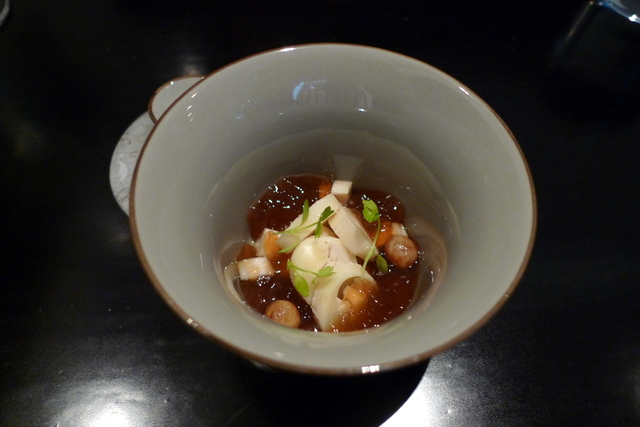 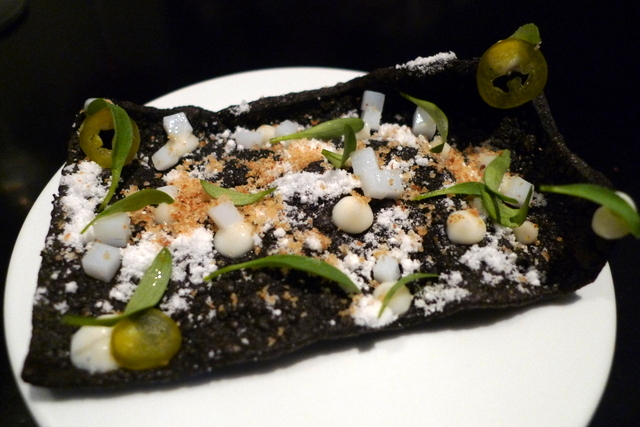 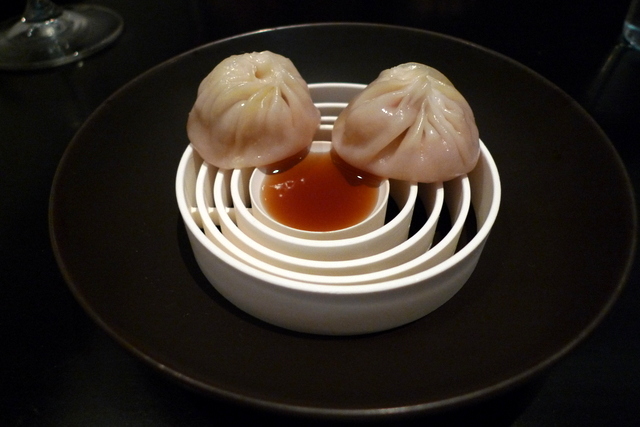 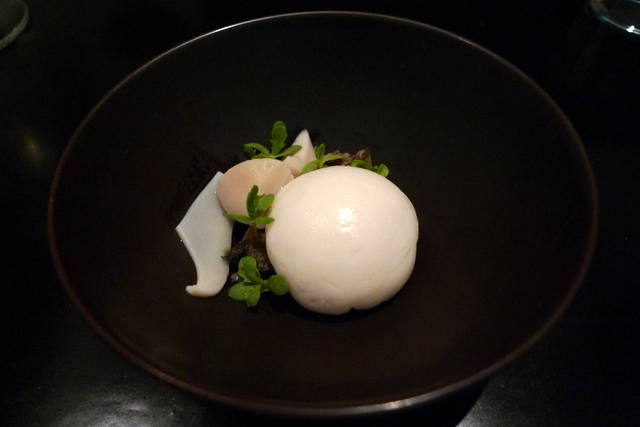 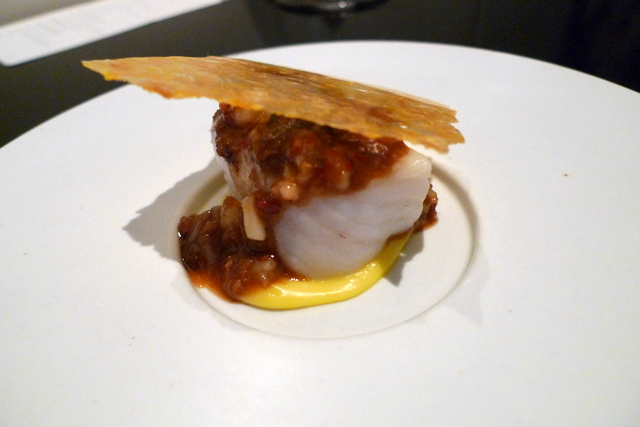 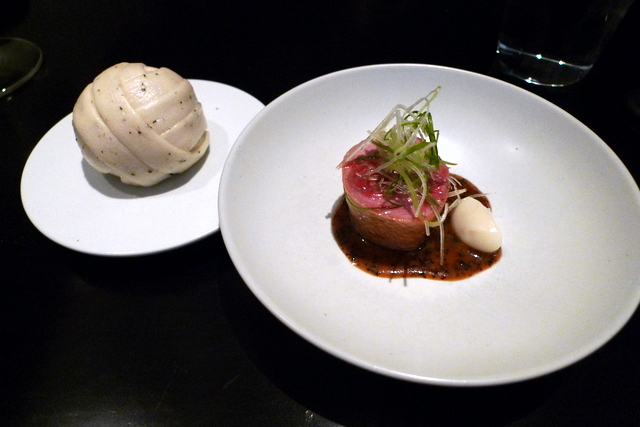 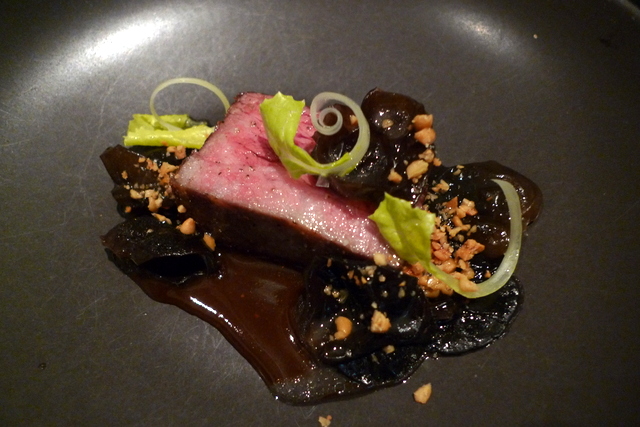 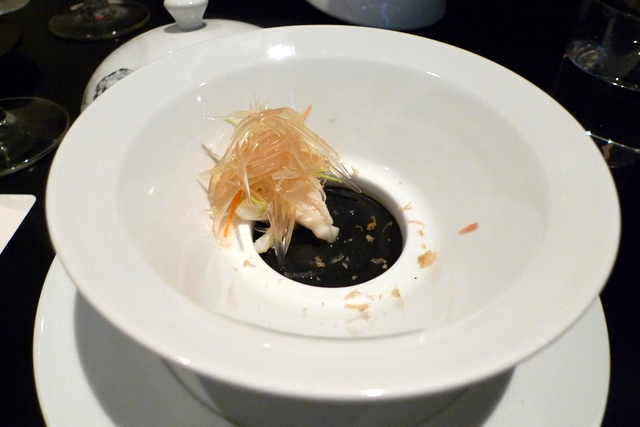 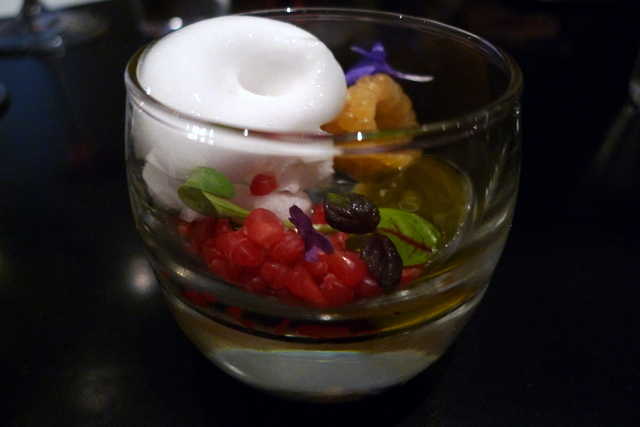 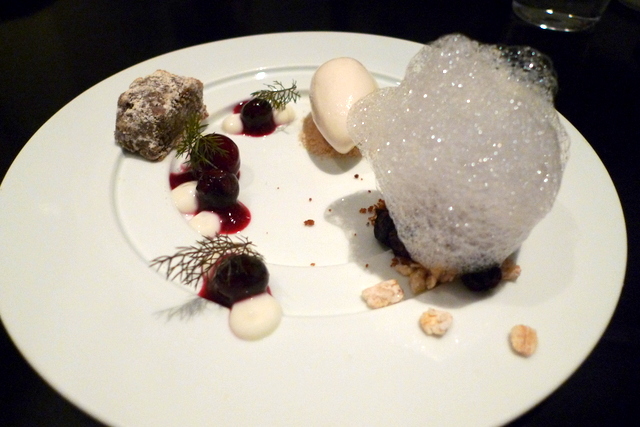 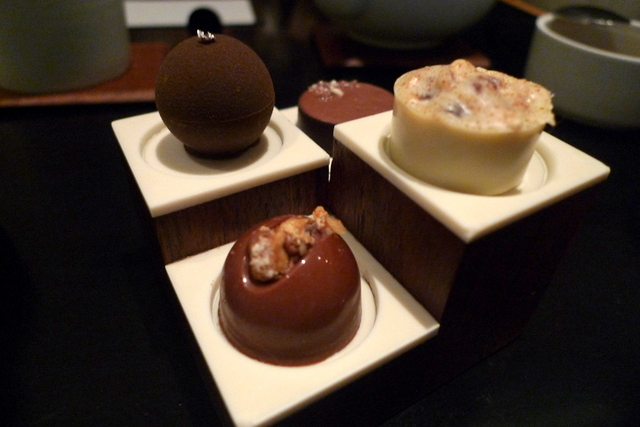 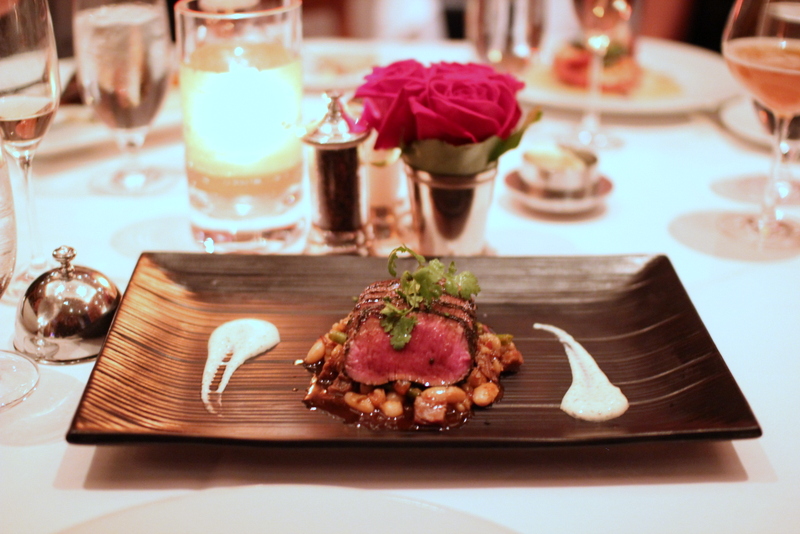 Resident Foodies say: The herb crusted lamb loin with cannellini beans, braised lamb shoulder, barley and cumin mint yogurt is a work of art at Gary Danko, almost too beautiful to be eaten.

Resident Foodies say: One of the true delights of Town’s End Restaurant and Bakery in San Francisco is the complimentary basket of muffins and biscuits that awaits you when you are seated. Today we had both blueberry and gingerbread mini muffins, and biscuits. Delightful! 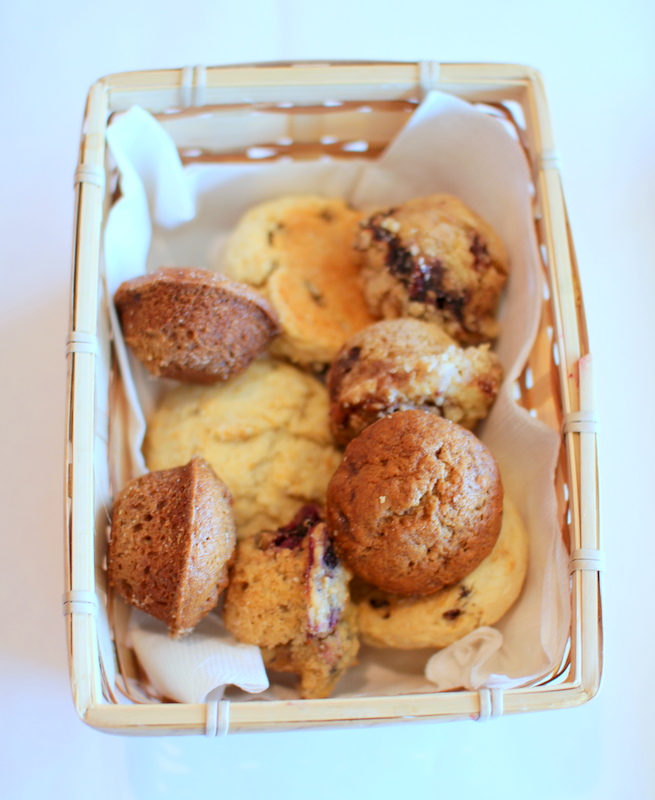 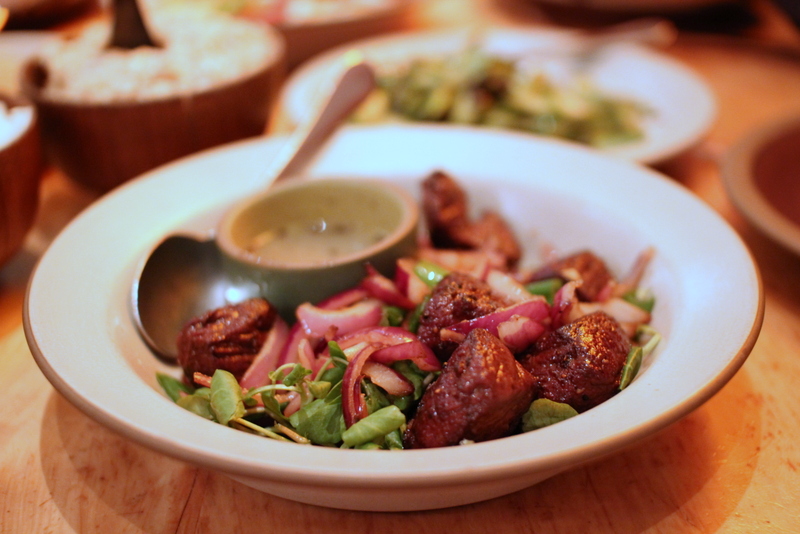 Resident Foodies say: We went back to one of our favorites in San Francisco, The Slanted Door in the Ferry Building. Pictured above is one of Chef Charles Phan’s signature dishes, the Shaking Beef. Phan has also shared his recipe to this marvelous dish. The Shaking Beef has just the right amount of crispiness on top, but tenderness inside. It’s perfection.

3. Heat a wok over high heat. Divide beef, green onions and red onions in half, as you will cook in two batches.

4. Add 2 T oil to the wok. When the oil starts to smoke, add first portion of the beef in an even layer. Let it sit until a forms a brown crust, about 2 minutes. With a spatula, flip the beef over to brown the other side, about 1 minute.

5. Add first portion of the green onions and red onions and cook for 1 more minute. Pour half of vinaigrette down the side of the wok, and then shake pan to release the beef and toss with the vinaigrette. Add 1 t butter and continue to shake pan until butter melts. Remove the meat and onions from the wok. Keep warm.

6. Repeat steps 4 and 5 with second portion of meat, green onions and red onions. Place the watercress in the middle of the serving plate and spoon hot beef and onions on top.

7. Prepare dipping sauce by putting salt and pepper in small ramekin and squeezing lime juice over it. Serve alongside the beef. Serves 4.