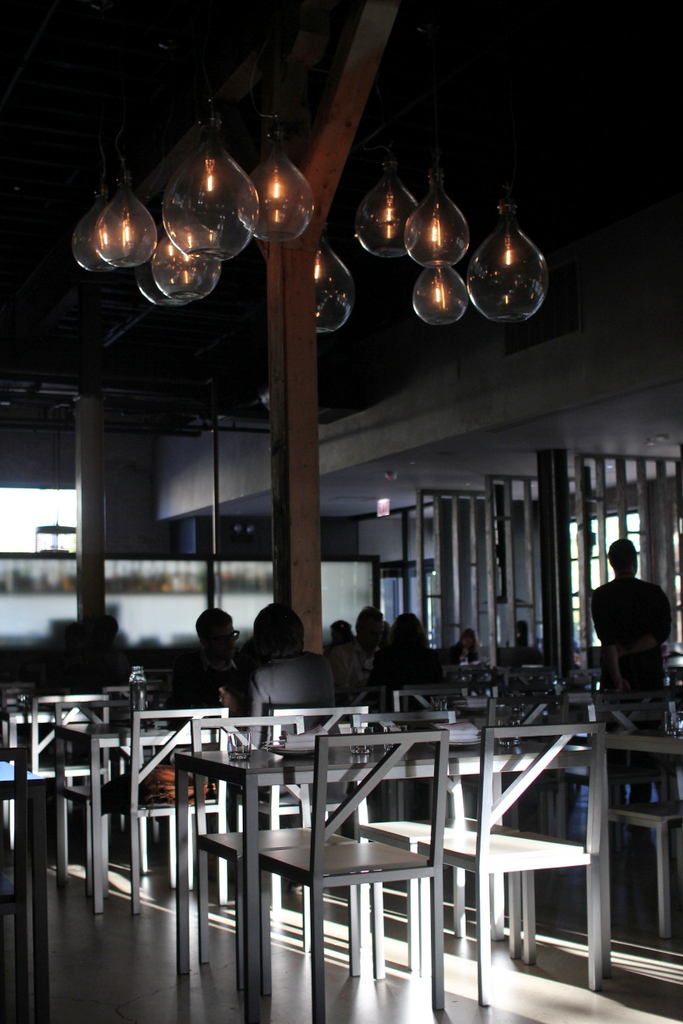 Resident Foodies say: We made it out to Chef Bill Kim’s new restaurant BellyQ, located at 1400 Randolph Street in Chicago. Michael Jordan is a part investor, but don’t let that scare you off. Chef Kim is control of the menu, thank heavens. The menu features Modern Asian barbecue–hence the name “BellyQ,” which combines the name of Kim’s other restaurants “Belly” (BellyShack and UrbanBelly) with barbecue. First things first, the restaurant is in a marvelous, if not cavernous, space, with an industrial and rustic feel. There are window tables that have barbecue grills for cooking (in a modern kind of Korean restaurant way), and a take-out station out in front. One mystery: we were only able to get 5:15 pm reservations on Open Table, but there appeared to plenty of open tables even at 7 pm, given how large the place is.

We were seated close to the kitchen, where all the action is at! As shown below, the kitchen is equipped with a word burning oven. The service is excellent, with several servers who periodically check in on your table. 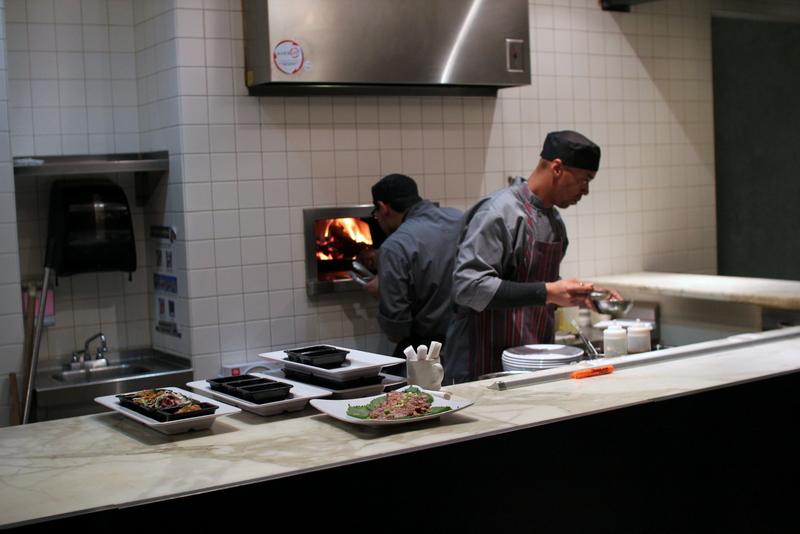 We started out with the chilled soba noodle salad, with Thai basil, olive oil poached shrimp, and Chinese eggplant. It was a light, refreshing combination, although the shrimp had a little kick, which we enjoyed. 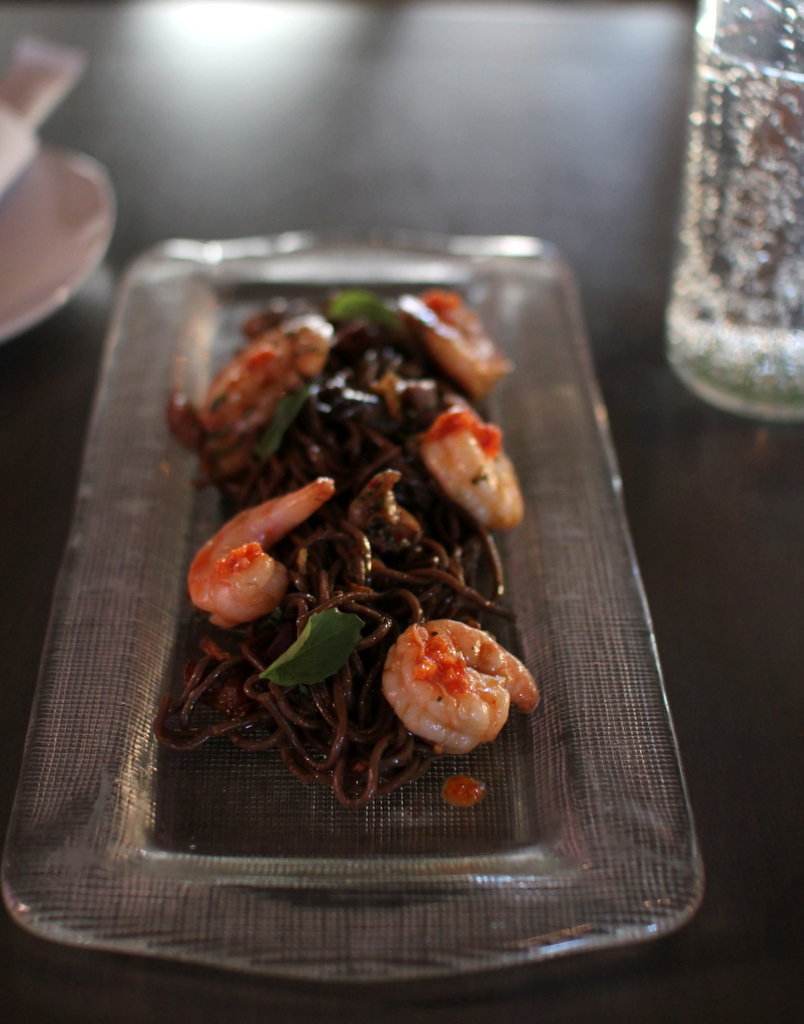 Next, we tried the tea-infused lamb rib with Hoisin BBQ sauce, served with 3 sauces and Chinese buns. The char on the lamb was out of this world. It was so good, the dish tasted better without the buns. Hands down, the tea-infused lamb was one of the best dishes we’ve tried all year. It was the star of the evening. We also ordered a side of kimchi, which had a combination of interesting flavors making it more Americanized or “modernized” than authentic Korean style. 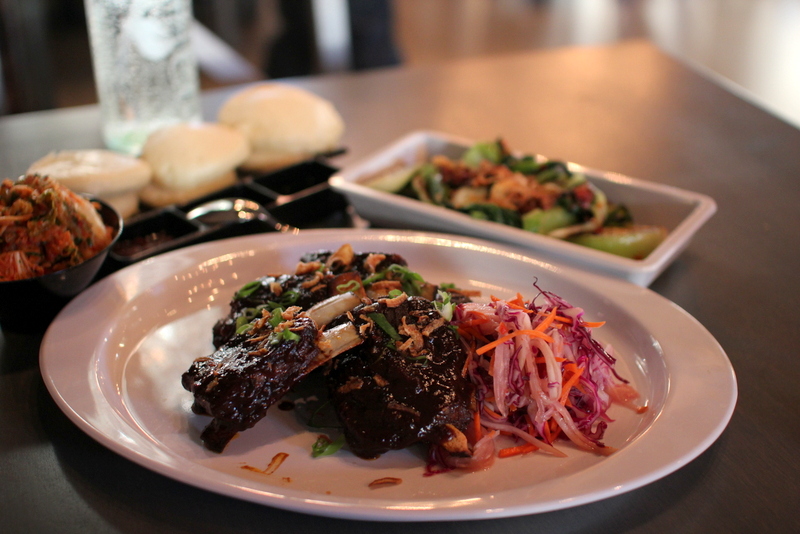 Finally, we ended our evening with the seafood hotpot, which is reminiscent of Korean sang sun jjigae. It was both soothing and tasty! 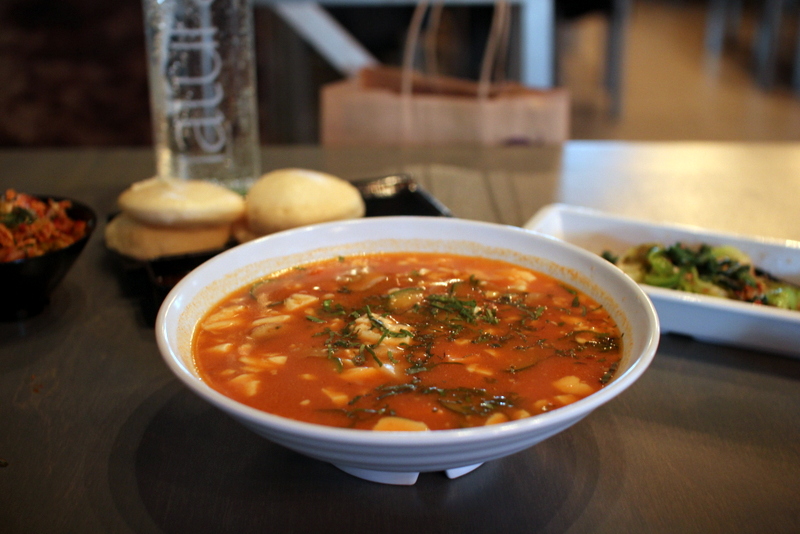 All in all, we give BellyQ a huge thumbs up. The food is creative and different from other Modern Asian restaurants at a price that is quite reasonable. This easily is the best of Chef Kim’s three restaurants.